This article originally appeared at Unwinnable.

Each year Mattel puts out a Career of the Year Barbie doll.  In years past she has been a fashion designer, a movie director and a Mars explorer, and in 2016, she is trying her hand at video game development.

The last time Mattel gave their signature doll a job in tech, they failed miserably.  The loathsome Computer Engineer Barbie was widely criticized for requiring the help of two male friends to actually do all the coding and to fix her sister’s computer after Barbie accidentally gives it a virus. Luckily, Kathleen Tuite responded by creating a meme designed to fix Barbie’s story and turn her into a Feminist Hacker, so some good did come out of that train wreck.

But this time around, Game Developer Barbie (who, it must be said, looks remarkably like Felicia Day’s IT expert , Charlie Bradbury, as seen on Supernatural) is the Real Deal, with a laptop accessory containing actual code and a backdrop of a work desk complete with reference books for C++ and C#.

The doll is designed to demonstrate to young girls that they can be anything they want to be, even if they want to do something that has been traditionally labeled as “men’s work”: a noble intention.  But as a recent study by the Harvard Business Review shows, getting girls interested in STEM is not nearly as difficult as keeping them there.

When researcher Kieran Snyder interviewed 716 women who left tech after an average tenure of 7 years, almost all of them said they liked the work itself, but cited discriminatory environments as their main reason for leaving. In NSF-funded research, Nadya Fouad surveyed 5,300 women who had earned engineering degrees (of all types) over the last 50 years, and 38% of them were no longer working as engineers. Fouad summarized her findings on why they leave with “It’s the climate, stupid!”

This is a huge, unnecessary, and expensive loss of talent in a field facing a supposed talent shortage. Given that tech is currently one of the major drivers of the US economy, this impacts everyone. Any tech company struggling to hire and retain as many employees as they need should particularly care about addressing this problem.

In other words, the lack of women in tech is more than just a pipeline problem.  It is a systemic problem embedded within tech culture itself, which women often find to be hostile.  For example, in 2012, women in games used the hashtag #1reasonwhy to detail their experiences with sexism in the industry.

And just this last week at E3, Deep Silver marketing rep Will Powers detailed his own experience with the potential dangers that women face at conventions: 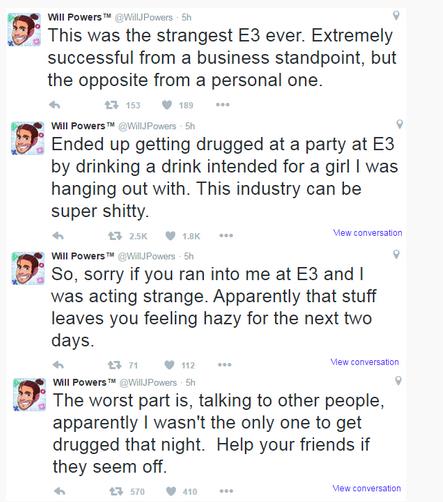 So while Mattel should be commended for creating a positive role model for little girls interested in computers, let’s keep in mind that we still have a lot of work to do to make the tech sector more welcoming to women once they actually arrive.