My review of the collaborative storytelling game Downfall just went up over at Unwinnable so I thought it might be a good time to talk about the other table top game I’ve been playing of late.

It’s actually been quite a while since I had a regular table top group going, but I was lucky enough to be invited to join a new game being started up by some of my colleagues at the university.  Our dungeon master is the brilliant Billy Longino, whose gorgeous map making work can be seen here.  We are playing using a system called Dungeon Crawl Classics that is both like and unlike anything I have every played before. 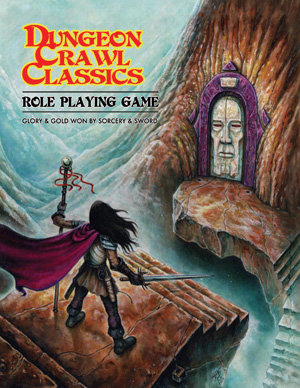 While Downfall eschews things like dice and statistics, Dungeon Crawl Classics revels in them.  You need some funky dice to play this game, dice that even J and I (who bought two sets of role playing dice at a convention last year just because they looked pretty) didn’t have to hand.

In fact, you might even say that in Dungeon Crawl Classics, the statistics come first and the storytelling comes second.  Literally.  The character creation mechanic in DCC is unlike anything I have ever seen before and it is a boatload of fun.

You start off creating several lowly level zero characters, pig farmers or blacksmith’s apprentices or laborers who are down on their luck and so decide to try their hand at some sort of dangerous, unsavory job.  You have absolutely no input into what kind of people these characters are at all.  You roll up their race, their profession, their stats, and their equipment all at random.  Then, you set them to work.  And, because they are so inexperienced and unprepared, several of them will probably die.  Horrifically.

The fun comes from taking these puny characters you have been stuck with and trying to shepherd them through a nearly impossible task, developing their personalities and their backstories and discovering their hidden talents as you go along.  You might not have chosen to play the type of character/s you are left with after this first foray into adventuring.  For example, back in my Dungeons and Dragons days I almost always played priests or paladins with high intelligence and wisdom and low charisma (think Sherlock Holmes or Gregory House but using magic instead of science) and I would never take any alignment more shady then chaotic good (that is a whole other story I will likely tell in another post). 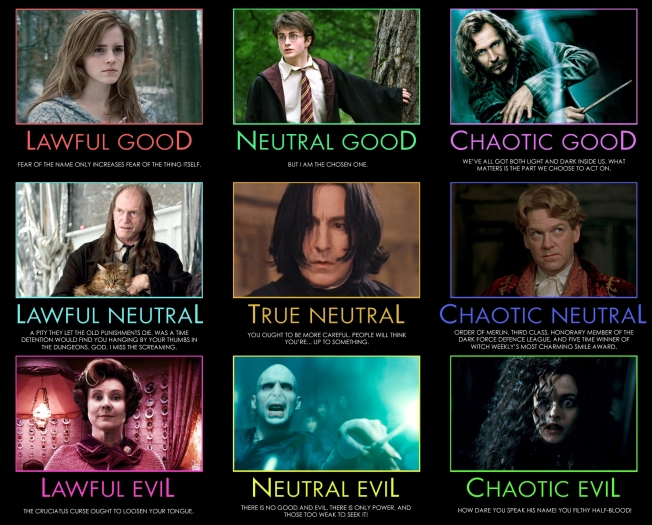 But at the end of our opening campaign, I was left with two characters: Phil, the thick-headed Teamster with a heart of gold and an intelligence score of 4, and Yon, the neutral evil gravedigger with a Slash-style top hat and a plan to loot the corpses of Phil’s union buddies and run as soon as they fall in battle.  I would never have purposefully made characters like these.  But after shepherding them through a snake god’s temple and escaping the soldiers of a rival capo working against the interests of their employer, they wound up being some of the most rewarding characters I ever played.  I think this is because, in forcing me to stretch myself and play characters that resided far outside of my own comfort zone, I truly got to experience the possibilities of table top storytelling games for the first time.  I wasn’t just playing some idealized version of myself with special powers.  I truly was disappearing into someone completely different.

I am sure that more experienced RPG players have had that epiphany before with other game systems.  But DCC gave me that experience for the first time, and for that I am grateful.

I will be joining my remaining characters to those in the established group this weekend and I am excited to see what sort of wackiness they have come up with.  I am excited to watch Phil trying to explain the benefits of collective bargaining to them to the best of his abilities with his small, simple vocabulary while Yon skulks about in the background and tries to set everyone up for a fall.