Star Wars: The Force Awakens – Are the Jedi Really the Good Guys?

IF YOU DON’T WANT TO BE SPOILED, TURN BACK NOW! 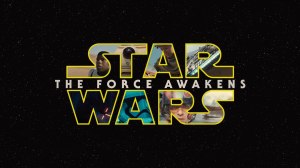 Maybe it is because I just finished binge-watching Jessica Jones about three times through, but I just realized for the first time that the Jedi Mind Trick is NOT A CHILL THING TO DO TO SOMEONE.  It is just a much of a violation when Obi-Wan or Rey does it as it is when Kilgrave does it (or when Evil Sith Lord Jar Jar Binks does it). The supposedly valiant ends the Jedi have in mind do not justify the means.

This gets me thinking about the way that some of the extended universe texts, particularly the video games, mess with the simple good vs. evil binary that the films set up with regard to the Force.  In the movies, the use of the Dark Side can do nothing but lead to evil outcomes, no matter what noble ideals the user had at first.  It is like the One Ring from The Lord of the Rings in that way: the malicious force of its magic will bend any situation to serve its evil ends.  And, presumably, those who follow the guidance of the Light Side of the Force can trust that, no matter how bad things may seem in the moment, they will always serve the greater good in the long run, for that is the nature of its magic.

Think about that for a second: does that sound like some rationalizing bullshit to anyone else?

The Light Side and the Dark Side might be natural forces, but the Jedi and the Sith are organized religions with their own rituals, their own dogma, and their own political aims and holy wars.  I am starting to think that the problem with Anakin and Kylo Ren is that they were trained in the setting of a religious order, one that failed to reflect the harsh complexities of the world that they saw around them.  When they decided that the Light Side had failed them, they swung around to the Dark Side because they had been taught that the two forces were diametrically opposed, that they could only choose one side or the other.  Maybe the ultimate mechanism by which Darth Vader will bring balance to the Force is by eliminating the massive entities that have arisen around it, to discipline it and reign it in to serve the purposes of their clan.  Maybe the Force isn’t inherently Light or Dark at all.